Music in the Life of Martin Luther King Jr.

17 Jan Music in the Life of Martin Luther King Jr.

Posted at 17:50h in Music Education by The MusicianShip 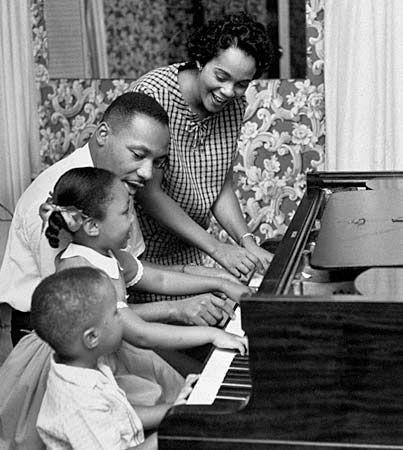 Today, we celebrate and honor the legacy of Dr. Martin Luther King Jr., who, throughout the civil rights movement, recognized the power of education and music. Like Dr. King, The MusicianShip believes that music is a catalyst for change. All people, especially our youth, can use music to express their hopes and dreams while being changemakers in their community.

Martin Luther King Jr. was surrounded by musicians from childhood through adulthood. His mother, Alberta, was a choir director and instrumentalist who led King’s foray into music as a gospel choir member. His love for music didn’t stop there! According to his brother, A.D. King,  Martin Luther King Jr. loved to dance and had the best jitterbug in town! Most notably though, King’s future wife, Coretta Scott, was a gifted soprano and talented musician (skilled in piano, violin, and trumpet) who graduated from the New England Conservatory of Music with a music education degree. Coretta steered her musical career under the wings of activism, organizing “Freedom Concerts” to support the civil rights movement.

Music was an integral part of the civil rights movement.  Martin Luther King Jr. mobilized civil rights groups and galvanized support. Musicians were a part of the cause, using their platforms to protest civil injustices and advocating for anti-racism, equality, and social and criminal justice reform. On August 28th, 1963, at The March on Washington, where King gave his famous “I Have A Dream” speech, renowned gospel singer and friend Mahalia Jackson performed with musical activists Bob Dylan, Odetta, Marian Anderson, and Joan Baez.

A year later, Martin Luther King Jr. penned an essay for the opening address at Berlin’s first Jazz Festival. King loved Jazz music, famously calling it “triumphant music,” and citing that “Much of the power of our Freedom Movement in the United States has come from this music. It has strengthened us with its sweet rhythms when courage began to fail. It has calmed us with its rich harmonies when spirits were down.” 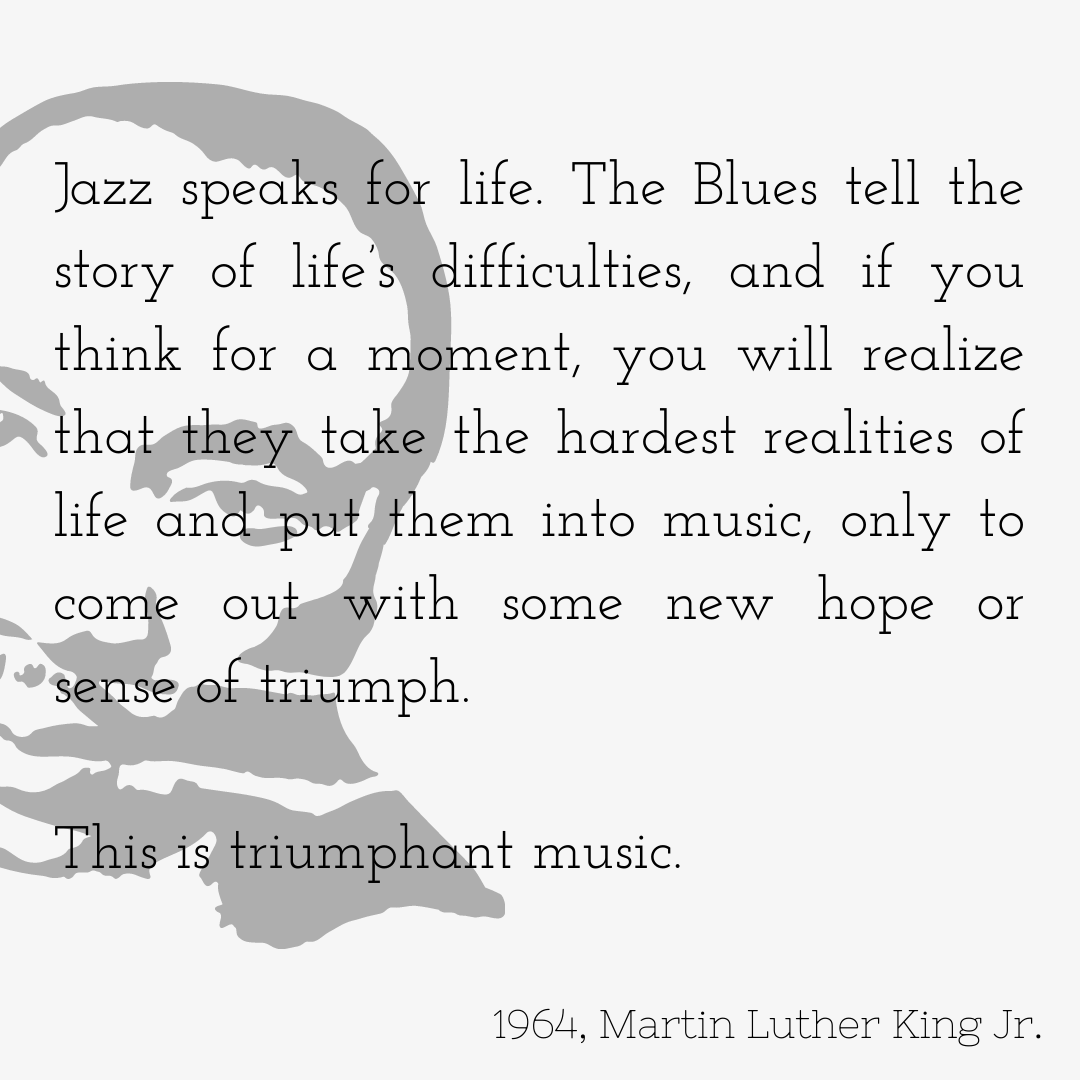 Martin Luther King Jr’s use of music and the arts as a soundtrack to the civil rights movement undoubtedly played a significant role in activism for generations to come. Today also incites reflection about our work for many of us who serve predominantly black communities. At The MusicianShip, we uphold music as an “instrument” for change while bringing joy and the healing power of music to young people and communities who continue to fight for justice, representation, and equity. We continue to be inspired by the words of Martin Luther King Jr. and his counterparts and aim to do our part in lifting the voices of youth, propelling our mission to change lives and to build a better future for the communities we serve.